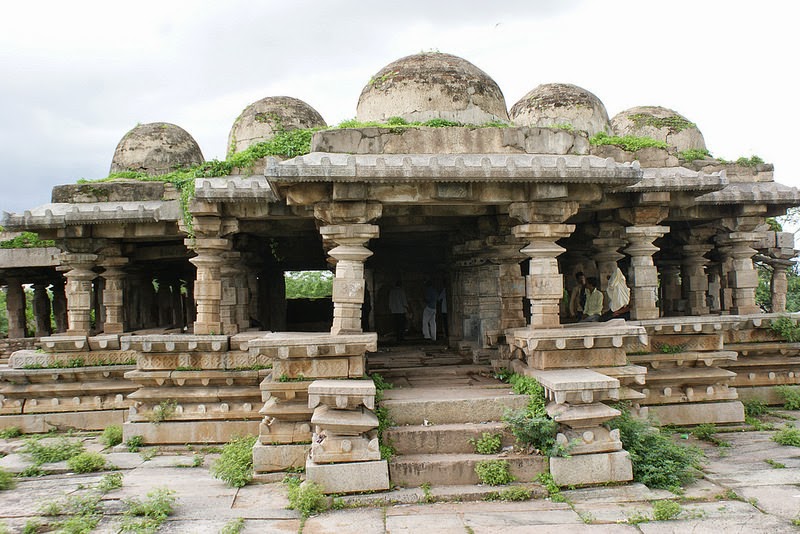 Dichpally Ramalayam or Khilla Ramalayam is one of the oldest temples in Nizamabad, Telangana. According to historical sources, it was built in the 14th century by the Kakatiya kings. It is also called Indhoor Khajuraho or Nizamabad Khajuraho. This temple has 105 steps and a pedestrian subway connecting it to Raghunadha Temple in the Nizamabad urban center. The temple is visited by thousands of devotees on Sri Rama Navami day (the ninth day of the month of Chaitra). It is located 10 KM away from Nizamabad district, Telangana.